Analytical and Bioanalytical Chemistry of Nanomaterials 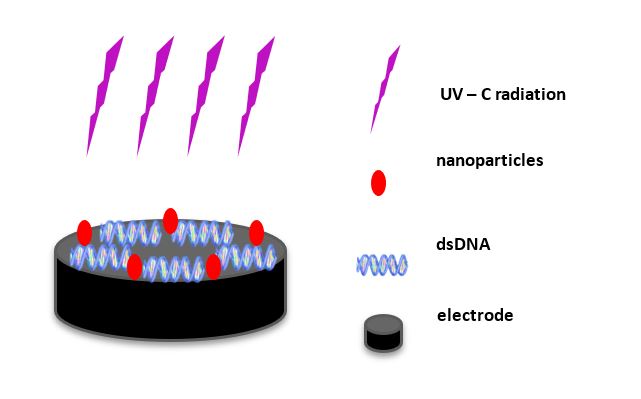 Today, nanomaterials and particularly engineered nanomaterials (ENMs) of wide-ranging chemistries and physical behaviour are routinely prepared and their unique and advantageous properties are frequently used in industrial, commercial and medical sectors. Nanoscience and nanotechnology already influenced deeply also the field of analytical chemistry of conventional as well as new analytes [1]. The demands on analytical information from nanotechnology and nanoscience about ENMs, e.g. by the Uniform Description System for Materials on the Nanoscale, Version 2.0 (CODATA), the REACH (Registration, Evaluation, Authorisation and Restriction of Chemicals) and CLP (Classification, Labelling and Packaging), have led to the emergence of a specialist field which involves analytical chemistry in a large extent, but is highly interdisciplinary at the same time. Together with physical and physico-chemical characterization of shape, size, and structure nanoparticles, analytical chemistry considers isolation/purification and detection-identification/ quantification/ spatial composition characterization of pristine nanomaterials, special nanotechnology products, and complex matrices of environmental, biological, food and cosmetics samples. Nanomaterials such as nanoparticles, carbon nanotubes, quantum dots, etc. have enlarged significantly techniques of separation and sensitive detection in spectrometry, electroanalysis, bioanalytical assays, immunochemical methods, construction of biosensors and other devices [2]. New concepts and terms such as Analytical Nanoscience and Nanotechnology, Nanoanalytics, to Analytical Nanometrology have appeared dealing with different aspects of characterization of the nanomaterials and the analysis of samples that contain nanomaterials [3]. Paralelly with the rapid development and numerous applications of ENMs, their impact on environmental health and safety is widely considered. Activities regarding safety and health protection as well as corresponding standards and analytical methods are covered by number of large organizations in US, UK, EU, International Union of Pure and Applied Chemistry (IUPAC) and others. There is also a large international multilateral cooperation regarding research programmes devoted to specific properties of nanomaterials and associated effects. A necessity of platform for the investigation of biophysicochemical interactions at the nano/bio interface is generally considered. Conventional methods like the comet assay, gel electrophoresis assay, also proteomics and metabolomics approaches and computational methods are developed for this purpose. In our laboratory, the in vitro approach has been developed for screening of nanoparticles (NPs) based on their effects towards the surface attached DNA as a model of structures found in vivo. For this purpose, electrochemical and electrical DNA-based biosensors are developed and used to detect mutual interactions and the formation of reactive oxygen species (ROS) playing a role in oxidative damage to cells and biomolecules structures. Degradation of single and double stranded DNA has been found and analysed [4,5]. The results will be presented and discussed.

This study was supported by the IUPAC project 2017-005-3-500 and the Competence Center for SMART Technologies for Electronics and Informatics Systems and Services, ITMS 26240220072, funded by the Research & Development Operational Programme from the ERDF.

Jan Labuda has finished the Slovak University of Technology in Bratislava (STU) in 1973 (Dipl. Eng., Physical and Analytical Chemistry), PhD in Chemistry (1978) and D.Sc. (Chemical Sciences) in 2001, since 2003 Full Professor at STU. Teaching activity covers Analytical Chemistry and Bioanalytical Chemistry. Research interests include electroanalytical chemistry, sensors and biosensors, analytical chemistry of nanomaterials, nanoparticles and biomolecules interactions. Total number of journal publications: 158, Science Citation Index: > 1900, h-index 27, the principal coordinator of national and international projects, with numerous long-term research stays mostly in Germany, Ukraine and USA. Director of the Institute of Analytical Chemistry at the Faculty of Chemical and Food Technology of the STU in Bratislava (2009-2019, vice-director 2006-2009); Member of the Scienfitic Council of the Faculty (2009-2019, honoured member since 2019). Slovak Commision for Scientific Degrees, SKVH, for the D.Sc. disertations on the topics of analytical chemistry, environmental chemistry and nuclear chemistry (chairman 2010-2015); Commission for Chemical Sciences, Chemical Engineering and Biotechnology of the Scientific Grant Agency of the Ministry of Education and Slovak Academy of Sciences VEGA (chairman 2010-2012, 2012-2014, vice chairman 2014-2016), Analytical Chemistry Division of the International Union of Pure and Applied Chemistry, IUPAC (Past-President 2018-2021, President 2016-2017, Vice-president 2014-2015, Titular Member 2006-2009, 2012-2013). Delegate of the Slovak Chemical Society at the Division of Analytical Chemistry of the European Chemical Society, EuCheMS (1999-2014). Awards: Laureate of the lectures serial Heyrovský – Ilkovič – Nernst – Lecture 2011, GDCH, Germany; Laureateship Professor of the Slovak University of Technology in Bratislava 2013 and Scientist of the Year 2018; Honorary member of Slovak Chemical Society (2014); IUPAC Appreciation of Service to President of the Analytical Chemistry Division (2017); Medal of the Czech Chemical Society (2019); Daniel Belluš Medal of the Slovak Chemical Society (2019).